The choice is before us: that of justice, the rule of law, and the dignity of all persons—or the abandonment of the highest ideals for which so many generations gave their lives. It is up to us and the entire legal profession, most especially those serving in the Obama administration, to make the right choice. The United States has not signed the treaty but has instead entered into bilateral treaties with more than a hundred nations, whereby those nations agree not to surrender a US national to the ICC for trial.

The present though waning debate about torture and the. Choosing the latter runs the risk of continuing these illegal and immoral policies of torture, which endanger human rights across the globe, as well as US and global security.

When President Barack Obama first took office, he embraced policies that seemed to signal a radical departure from those of the Bush administration. Yet very quickly the Obama administration began to backtrack in a number of areas.

Lara Croft and the Temple of Osiris: Tomb of the Torturer - 2 players #18

For example,. Download sample. The Torturer in the Mirror June 8, Essays. The present though waning debate about torture and the moral, legal, and constitutional obligations and not punish those responsible. I thought it was set up by the Torturers' Guild, as a way of killing Severian without them taking direct responsibility for it. The whole thing with the Pelerines and the Claw seemed to me to be "laying pipe" for later events, especially given the titles of later books!

But apart from that, it seems just another random event. There were also multi-page chunks of exposition, "let me tell you a story" that seemed to be there purely to educate the reader rather than any in-fiction motivation. They strapped roller skates on Severian's feet and pushed him down a hill. He still hasn't done anything since Thecla's death. And shouldn't the title of this be "chapters "? I assumed this was the same as the post from last week originally. I can't count.

I was surprised nobody commented on the death of Gene Wolfe in the other thread when NeilNjae pointed it out. I don't think we've ever had an author die in the middle of our discussion before, though I think LeGuin died just before one. On reliable narration: On the matter of unreliable narration, on page Severian tells Agia " Done what? One presumes he means giving Thecla the knife - but then when he did that, he knew full well that his death might be a consequence.

At least in the interview with Master Palaemon, he seemed prepared for the possibility. So either he's talking about another incident, or he's somehow become less fatalistic over the past what - day and a half? Some worldbuilding: The discussion of the Claw of the Concilliator grabbed me, and especially for me of the Concilliator himself. At one point, Agia says " Our knowledge of him now is purely historical - meaning that we either confirm or deny that he was in contact with our race in the remote past.

The Pelerines, who until recently kept the Claw, "are an order of conventionals The red is for the descending light of the New Sun, and they descend on landowners, travelling around the country with their cathedral and seizing enough to set it up. On the other hand, it needs to be 'set up', so perhaps it's more like a big tent, a travelling religious revival. That old SF speculation: Also very interesting was the metaphysics of the mirrors, each set up to reflect the light of the other ad infinitum. And what happens when you remove the object?


Do the mirrors continue to reflect the reflection of the object from the other mirror even when the object is gone, and in so doing create a void in our universe that calls in an object from another? I'm very curious to see how this develops. She wore a pavonine brocade gown of amazing richness and raggedness, and as I watched her, the sun touched a rent just below her waist, turning the skin there to the palest gold. Wool-like, yet softer, much softer. A blend of linen and vicuna?

He nodded. Can I ask why you're in this quarter of the city? Psychopomp: Literally 'guide of souls' in Greek. An angel or spirit that guides the soul of a recently departed to the underworld.

The forthcoming book, Mythic Babylon, offers a much more dire description of a psychopomp - one that perhaps more closely resembles those of Urth. Their main purpose is to drag souls to the underworld when it is their time to go, and to prevent them from escaping. They also take the fruit of animal sacrifices and burnt offerings back the underworld.

The natural shape of a Galla demon is hulking and bull-headed, similar to that of the Kusarikku. However, they have the power to change shape, assuming the form of any victim they have previously dragged to the underworld. In that way, they can pass to the surface world to perform their tasks without attracting excessive attention. In spite of this, they are thoroughly inhuman, with no understanding of the needs and habits of living people.

Gallu Demons were birthed by Temtu, the primaeval sea. You're called out. I'm not of the contending class. She has gone to the Sanguinary Field, so perhaps she can also teach you the rudiments of combat with it. Avern: Some further reading of the text teases this out as a plant. It's not the name of a real plant, however. Looking around, Averne was 'the pit of hell', and also the name of a poisonous river that was said to flow from it.

So one presumes it will be a poisonous barbed plant. I remember once playing a dungeon-crawling computer game called Avernum: Escape from the Pit. Disguising himself, he ventured into the countryside, where he spied a muni meditating beneath a plane tree. The Autarch joined him and sat with his back to the trunk until Urth had begun to spurn the sun. Troopers bearing an oriflamme galloped past, a merchant drove a mule staggering under gold, a beautiful woman rode the shoulders of eunuchs, and at last a dog trotted through the dust.

Ymar rose and followed the dog, laughing. Muni: A Jain or Buddhist ascetic who has take a vow of silence. Oriflamme: The red silk banner of St Denis, carried into war by French kings. Literally 'goldflame'. Also, what do you make of this passage? A bit of Confucianism, or Christian wisdom?

Wolfe himself was Catholic. He does say he's telling the story of his 'predecessor' which fairly confirms he will become Autarch. He also begins by saying "It has been a long time twice I have heard the guard changed outside my study door" since I wrote the lines you read only a moment before. We'll have to go to the Botanic Garden to begin with and cut you an avern. A fiacre drawn by a pair of onagers was dodging toward us The fiacre drew up to her with the skittish animals dancing to one side as though she were a thyacine, and she vaulted in.

Onagers: Asiatic wild ass, similar to a donkey, and notoriously hard to tame, with a very hard kick. The romans named a siege engine after it. Thyacine: Can't find a record of this word anywhere, but I wonder if it's meant to be Thylacine, which is the now extinct Tasmanian Tiger.

That usage would fit, here. At least, I think I smell something of that sort from it. Do you know you are a frightening man?

He confirms Thyacine as meaning 'Tasmanian Wolf', though he's misspelled it, as apparently he did Onagers in an early edition it's spelled correctly in mine. Other words he has there: Metamynodon: Hornless rhinoceros Pelerines: Long capes with tassels. The order takes their name from the garment. He is playing games with time. There are gaps in his narrative, especially in the Botanical gardens, and they are deliberate.

Amusing himself at our expense I am positive RichardAbbott is correct and the Concilliator is Christ. It fits theologically. I get the impression that Severian wasn't aware of the time passing in the desert garden. At least, that's the impression i get from how he reacts to Agia telling him how long they'd spent there. 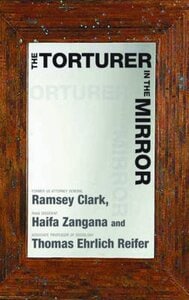 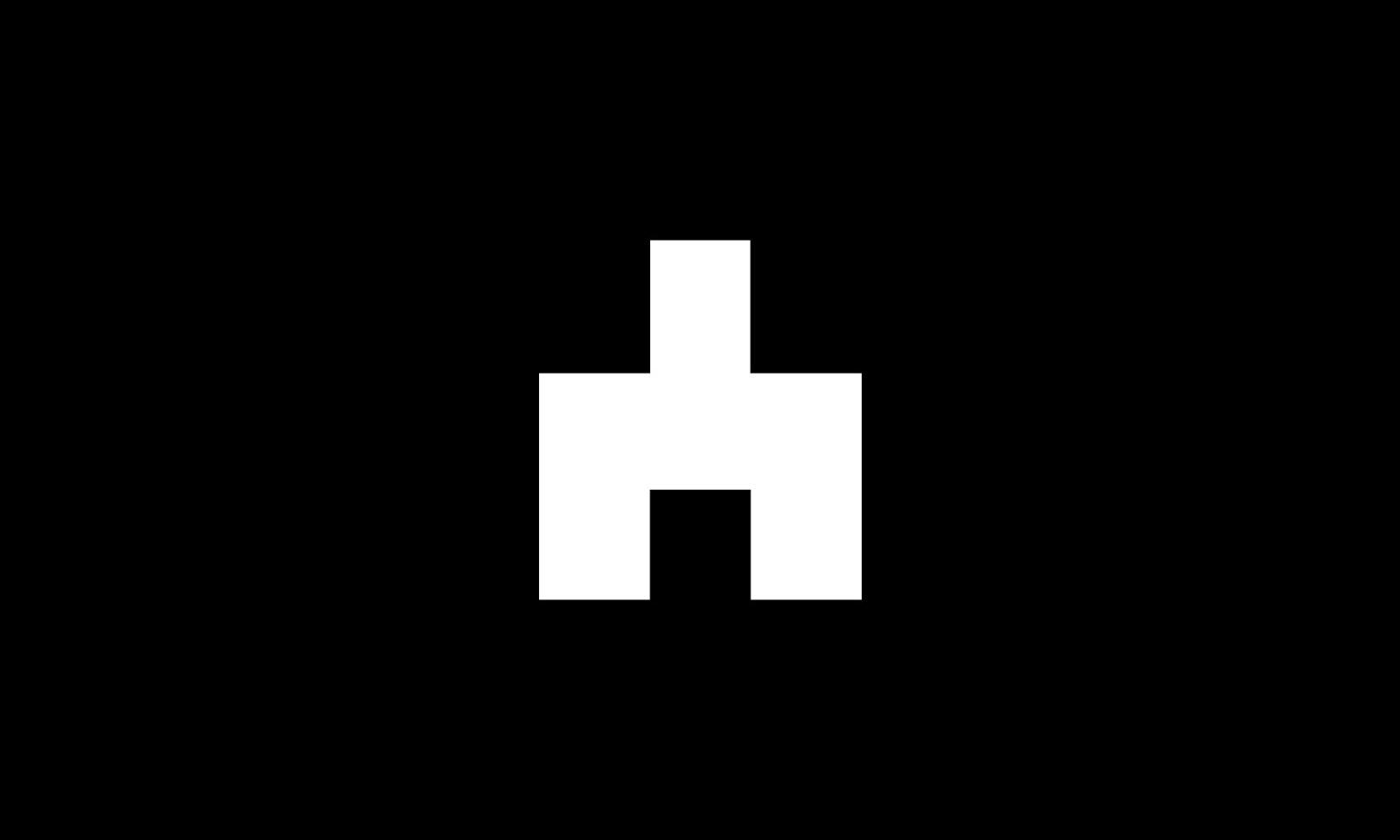 Related The Torturer in the Mirror