The picture that emerges after reading Rinzler's Making Of book is of a somewhat troubled production, in which Lucas was being a control freak but was also sick of his own creation.

From Star Wars to Jedi: The Making of a Saga - Wikipedia

The post-production process offers its own drama in the form of Black Friday, the day Lucas threw out hundreds of completed VFX shots and forced the Industrial Light and Magic crew to go back to the drawing board on key sequences. And yet, you might also come away with a new appreciation of Return of the Jedi. You sense that this film was a labor of love for almost everybody involved.

And that Lucas was wrestling with taking the dark subject matter of Luke and his monstrous father and turning it into something uplifting, joyful and life-affirming.

Lucas wanted a happy, fairy-tale ending, and he moved heaven and Earth to get it. Actually, at first George Lucas didn't think Han Solo would be in Return of the Jedi at all — actor Harrison Ford was only contracted for the first two movies, unlike the rest of the main cast. And then Lucas thought maybe they would negotiate a new deal, that would allow Han Solo to be defrosted at the very end of the movie and put in a brief appearance. Even once Ford was signed up to be in the film, though, early script drafts found ways to get him out of the way — like, in one version, Leia is leading a Rebel attack on a cannon, and Han Solo wants to stop her because it's suicide.


So Luke uses the Force to manacle Solo to the Millennium Falcon controls, and keeps "the chained-up Solo" there for a good long while. That counts as "bondage" if this does. And while it's true that Harrison Ford pushed for Han Solo to die in the third movie, Lucas never even considered doing it. Instead of removing Vader's helmet to show actor Sebastian Shaw, Marquand originally wanted to reveal the deformed visage of a famous British stage actor, like Laurence Olivier or John Gielgud.

But Lucas worried that the reveal of a known actor would distract people, who "wouldn't take it seriously. Also, Ian McDiarmid almost didn't get to play the Emperor — they were deciding between McDiarmid, who was a young man and thus could handle romping around in all that makeup for hours, and Alan Webb, who was authentically elderly. They chose Alan Webb, who became ill soon afterwards. So McDiarmid got the part, and was young enough to be able to play the role again in the prequels. And Jones joked that if Prowse won an Oscar, he'd want to stand in the wings and overdub his acceptance speech.

Prowse had become notorious for leaking plot details during the production of Empire Strikes Back , and thus Lucas had started giving Prowse fake dialogue which confused the other actors sometimes. Prowse, for his part, felt slighted for his contributions to Darth Vader — and when he heard rumors they were going to unmask Darth Vader and reveal another actor's face, he couldn't believe it was true.


The working title for Jedi was Blue Harvest , to try and keep fans and journalists from stumbling onto the movie's set. We said 'Why not put a ghost in it? We were seriously going to do it. Image: Phil Tippett and Stewart Freeborn pose before their joint collaboration: a fantastic menagerie of wonderful monsters. Richard Marquand had okayed the use of this contraption, which had wires and a radio remote control. Contents [ show ]. Rinzler's epic behind-the-scenes trilogy go on sale tomorrow. Star Wars Books October 21 , Retrieved on October 22 , Wookieepedia has 14 images related to The Making of Return of the Jedi.

Rinzler has gone through masses of production documents at Lucasfilm and interviewed tons of people, and come up with a portrait of Lucas struggling to find a fitting ending to his ambitious, heroic saga. About This Item We aim to show you accurate product information. Manufacturers, suppliers and others provide what you see here, and we have not verified it.

From Star Wars to Jedi: The Making of a Saga (1983) television documentary

See our disclaimer. Just as Star Wars: Episode VI Return of the Jedi completed the most successful cinematic trilogy of its generation, perhaps of all time, this splendid thirtieth-anniversary tribute completes New York Times bestselling author J. Once again, the author's unprecedented access to the formidable Lucasfilm Archives has yielded a mother lode of extremely informative, vastly entertaining, and often unexpected stories, anecdotes, recollections, and revelations straight from the closely guarded set of a big-screen blockbuster in the making. 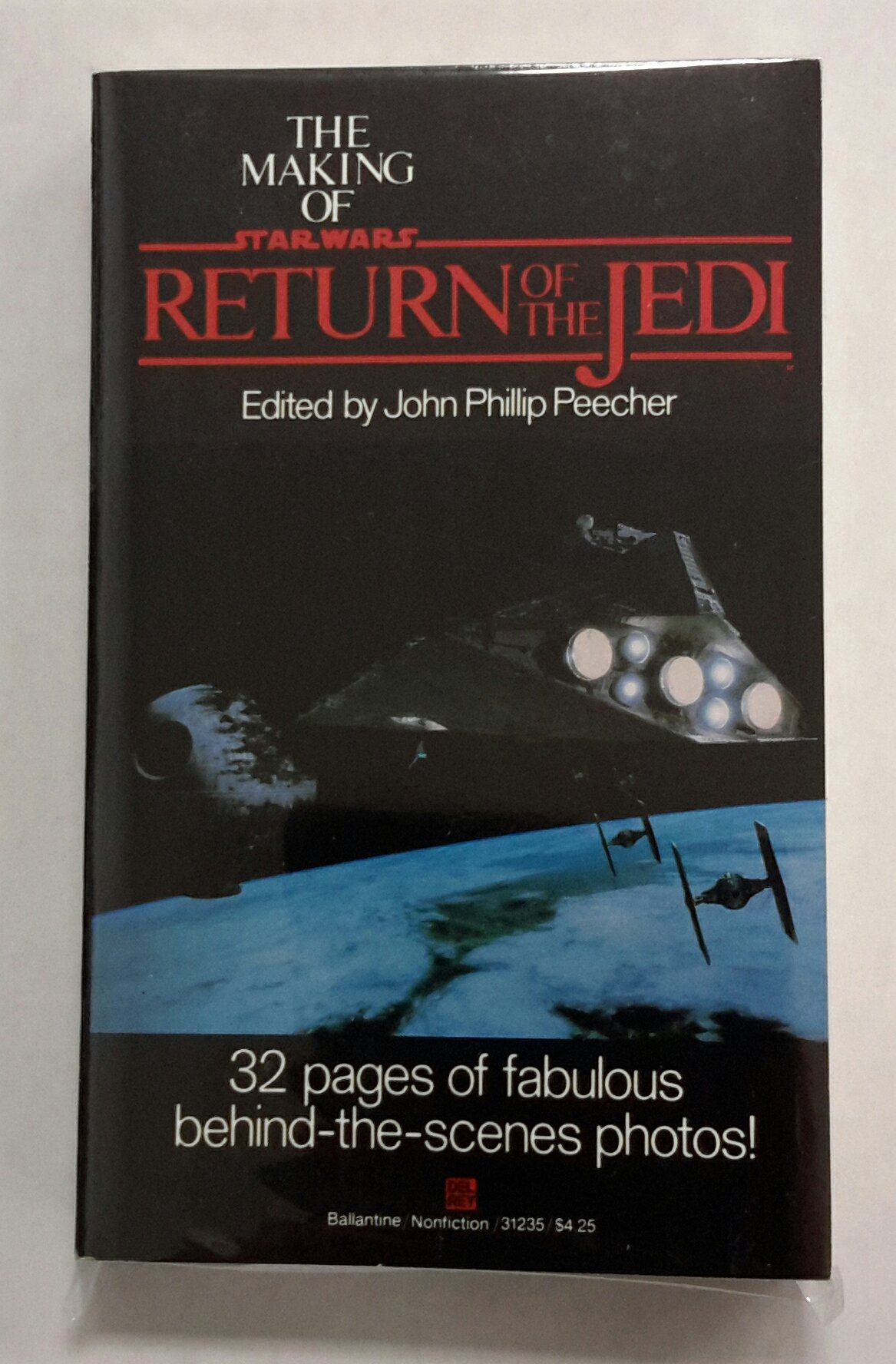 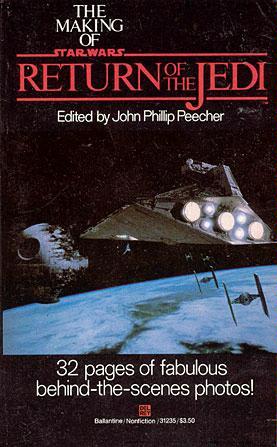 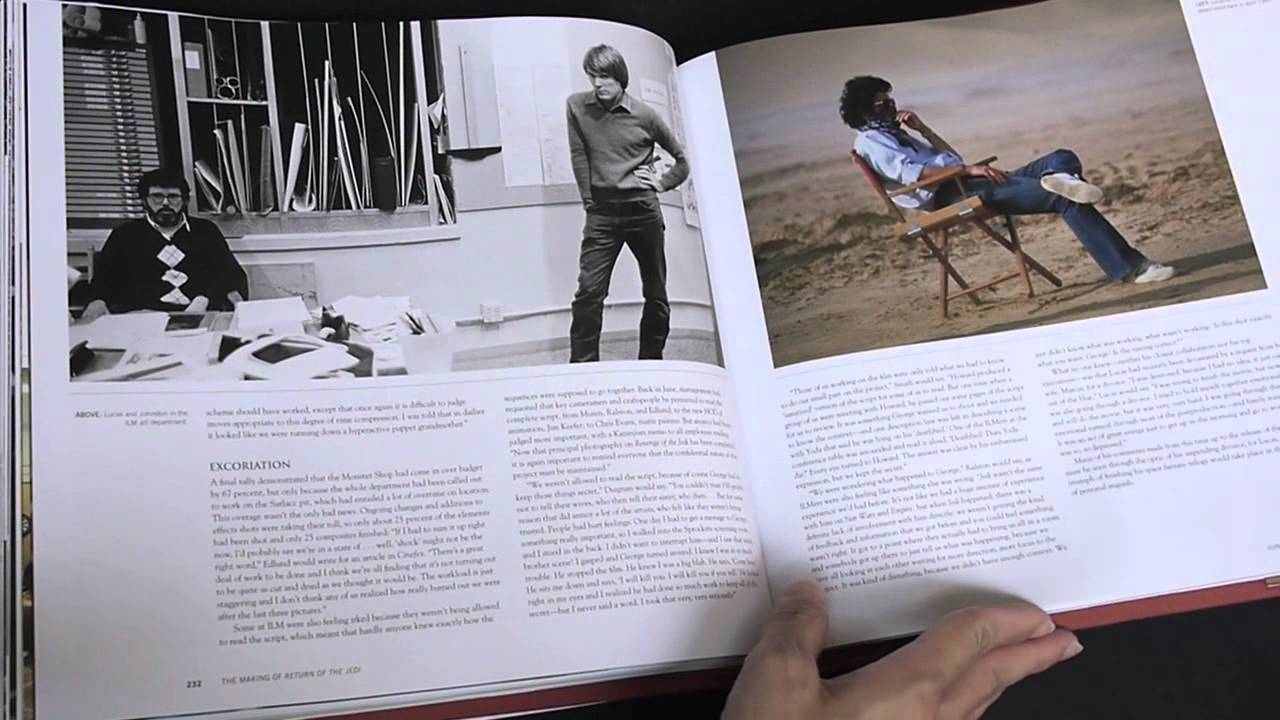 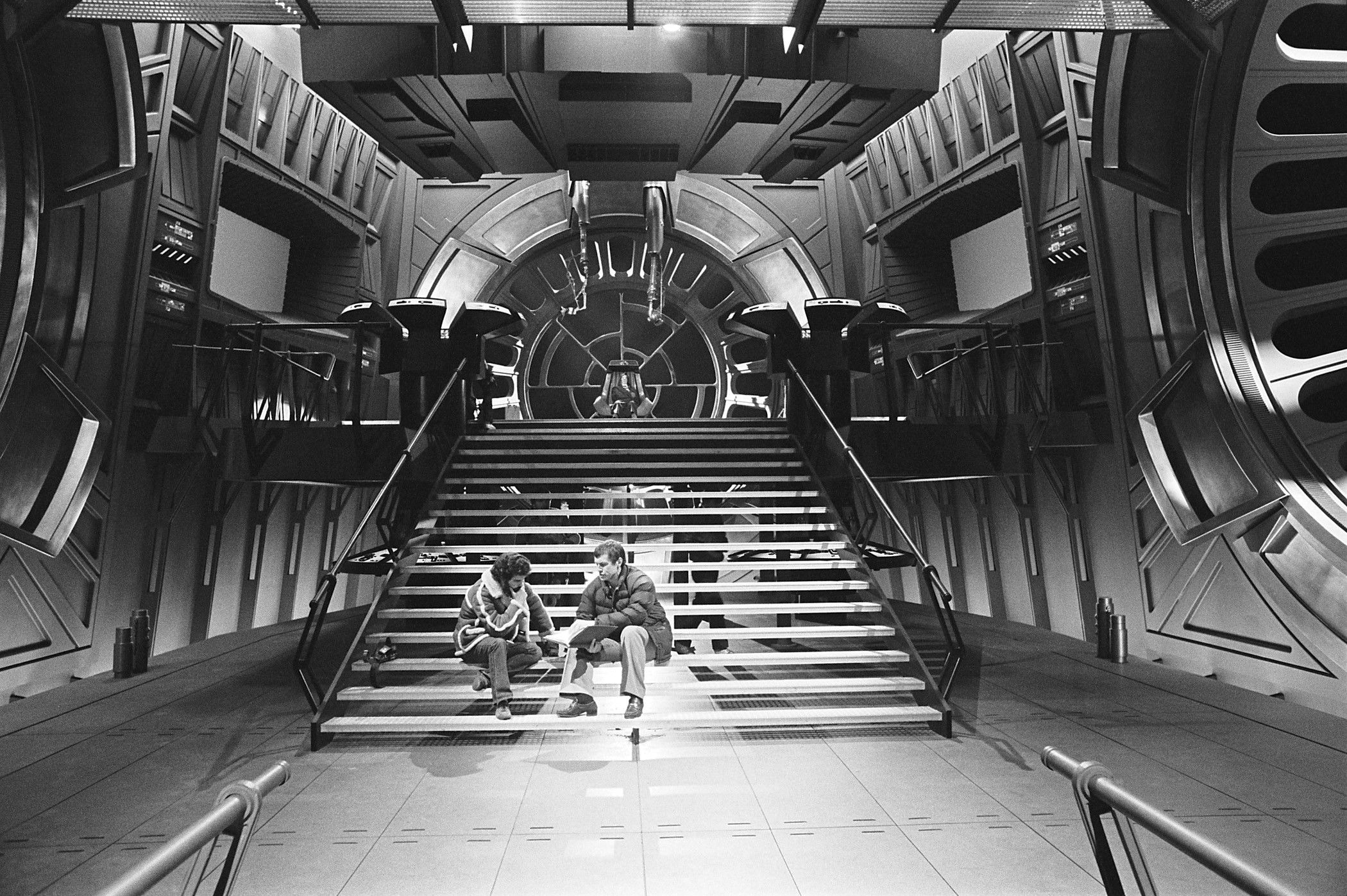 Related The Making of Star Wars: Return of the Jedi