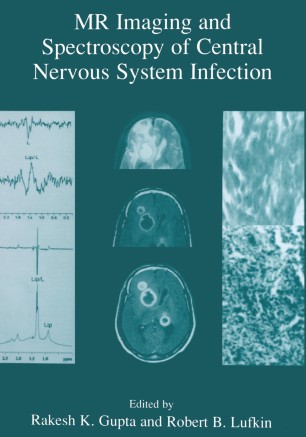 MRI findings in non-tuberculosis infectious diseases in the CNS (Part1)

Temporarily Out of Stock Online Please check back later for updated availability. Overview Central nervous system CNS infections continue to pose a serious problem in health care even with improved knowledge and treatment.

Despite the introduction of newer antimicrobial agents and diagnostic techniques, the morbidity and mortality associated with CNS infections remain high. The morbidity associated with CNS infections may be even more important than the death rate especially in developing countries as neurological sequelae may deprive the survivors of intellect and physical ability, demeaning the quality of life and burdening health resources and social services.

MR imaging is an important integral part of the protocol for the management of CNS infections and MR spectroscopy is increasingly being utilized in its management.

This work is an attempt to provide a comprehensive review of imaging and spectroscopy of the commonly encountered CNS infections in the clinical practice in developing and developed countries. The first chapter deals with basic physical principles of MR imaging and spectroscopy that will help beginners to understand the technical terms used in subsequent chapters.

The remaining 10 chapters deal with clinical, pathological, MR imaging and spectroscopy features and their applications in CNS infections. This will help in giving a comprehensive understanding to readers with a background in clinical, radiological, basic MRI, and neurological sciences. The T2 hypointense lesions are a real diagnostic dilemma especially in developing countries for which an algorithm has been suggested in the concluding chapter. Product Details Table of Contents. Isolated brain stem tuberculoma: a case report and review of the literature.

Full Text. Tuberculosis involving central nervous system CNS due to haematogenous spread is not a rare entity. CNS manifestations may be meningitis, solitary tuberculomas, abscess, infarct or milier parenchymal disease. In this case report, we discuss a year- old female with isolated pontin tuberculoma and comorbidity of genital tuberculosis and review the literature.

Diagnosis of tuberculoma can be made by histopathology, clinical manifestations, response of neuroimaging to tuberculosis treatment or presence of systemic tuberculosis 4,8. In this report, it was aimed to present the clinical and neuroimaging findings of a case with concomitant CNS tuberculoma and genital tuberculosis and to review the literature. CASE Seventeen year old, right-handed, married female patient admitted to our neurology emergency unit with abrupt onset severe headache which is partially responsive to simple analgesics.

Headache was localized to forehead and around left eye and was pulsatile; nausea and vomiting, photophobia and phonophobia were not present. In the history, she told that she was evaluated in the gynecology department 2 months ago due to fever, sweating, malaise, abdominal pain and vaginal bleeding and diagnosed as genital tuberculosis, isoniazide and rifampicin was started at that time and her symptoms were significantly relieved.

She was from a low socio-economical background and it was learned that her childhood vaccination was incomplete. Her general systemic evaluation was normal. In neurological examination, she was alert and fully cooperated and oriented. No meningeal irritation was found. Eyeballs were in midline, pupillae were isocoric and light reflex was preserved. In left gaze, gaze-oriented nystagmus was present in the left eye and there was medial gaze paresis in the right eye.

Fundoscopic examination was normal. Other cranial nerves were intact.

Figure 5: a T2W sagittal and b STIR sagittal images show focal thickening of the posterior dura at D6 level arrow with focal hyperintensity in the underlying cord. The focal lesion in the cord appears mildly hypointense on c T1 sagittal image. Enhancement of the thickened dura on postcontrast d T1 sagittal image seen, f Postcontrast T1W axial image shows focal enhancement of the posterior dura compared with the e noncontrast T1 axial image. Figure 6: a T2W axial images show multiple hypointense as well as hyperintense lesions not suppressed on b FLAIR conglomerated in the rostrum, genu, and anterior body of the corpus callosum.

Lesions appear isointense to hypointense on c T1W axial images and d show ring enhancement on postcontrast images. Figure 7: a T2W and postcontrast b T1W show conglomerate ring-enhancing lesions in the rostrum, genu, and anterior body of the corpus callosum. Figure 8: a T2W images showing extensive hyperintensity in the midbrain and pons with few focal hypointensities within.

Figure 9: Single-voxel MR spectroscopy from the lesions shows lipid-lactate peak. Figure a STIR sagittal and b T2W sagittal show hyperintensity involving the posterior elements and paraspinal soft tissues of the D1 vertebra with a collection in the subcutaneous plane of the back extending into the posterior epidural space. Figure a T2W sagittal and b STIR sagittal showing hyperintensity involving the posterior spine of L3 vertebra and adjacent paraspinal soft tissues. 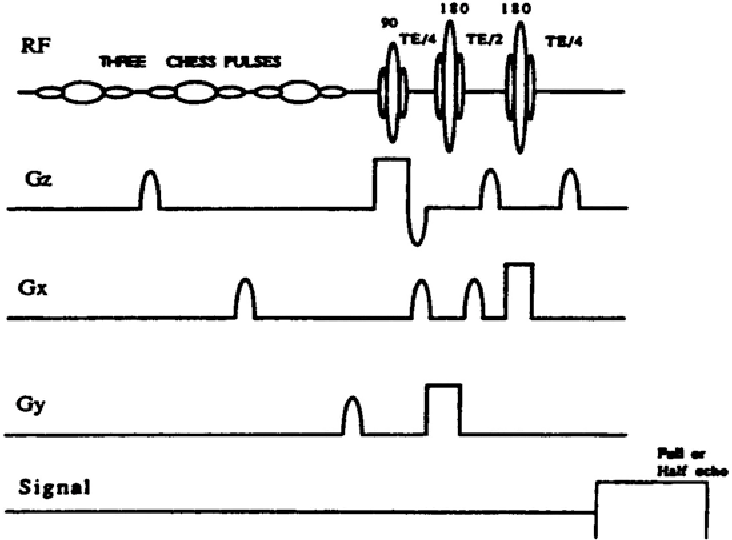