Idiot: Beating The Curse and Enjoying the Game of Life

And idiot might be a word like punk rock. It was once thought to be bad, but now it's in the mainstream. I think it's cool for the time being.

At one point, Damon was asked to pose alongside a life-size poster of the book jacket's cover. It shows Damon sticking out his tongue nearly to his chin and with a, well, Daemonic look in his eyes. He modeled accordingly, replicating the photograph. Nevertheless, he seems to be something of a heartthrob, along the lines of Jeter, the Yankees' shortstop. A tall man with an armful of books said: "My father died two weeks after you guys won the Series. He died happy. We buried him with his Red Sox cap. Damon said gently, "We didn't cause his death, did we?

Most of the book-buyers wore some Red Sox paraphernalia -- a cap, a jacket, a jersey. Many said they were originally from Boston or New England. Did he feel like Daniel in the lion's den? Did he ever have second thoughts about the title of the book? Who's on Worst?

"the game of our lives by peter gzowski"

BEATING ALL OF MY RECORDS - Youtubers Life #5

Idiot: Beating The Curse and Enjoying the Game of Life 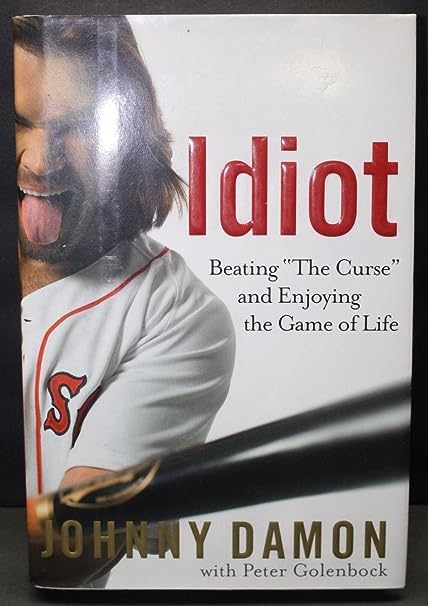 Related Idiot: Beating The Curse and Enjoying the Game of Life